Gargiulo Educaiton Center has been a recipient of the Naples Children & Education Foundation for the past three years. NCEF has been a major partner to assist the development of the program from infancy to its third year. It has helped fund the program over the three years. Our quarterly reports and financials demonstrate that we meet or exceed our priorities, goals, and outcomes.

We are very excited to announce that NCEF has offered GEC $80,000 funding for the school year based on a $55,000 grant response but also setting up a Match Campaign to model the success of this year’s campaign. The funding supports the operations of program, primarily staffing. GEC will be kicking off the NCEF Match Campaign July 1, 2017. Our success is based on the generosity of our donors, volunteers, and In-Kind donations. 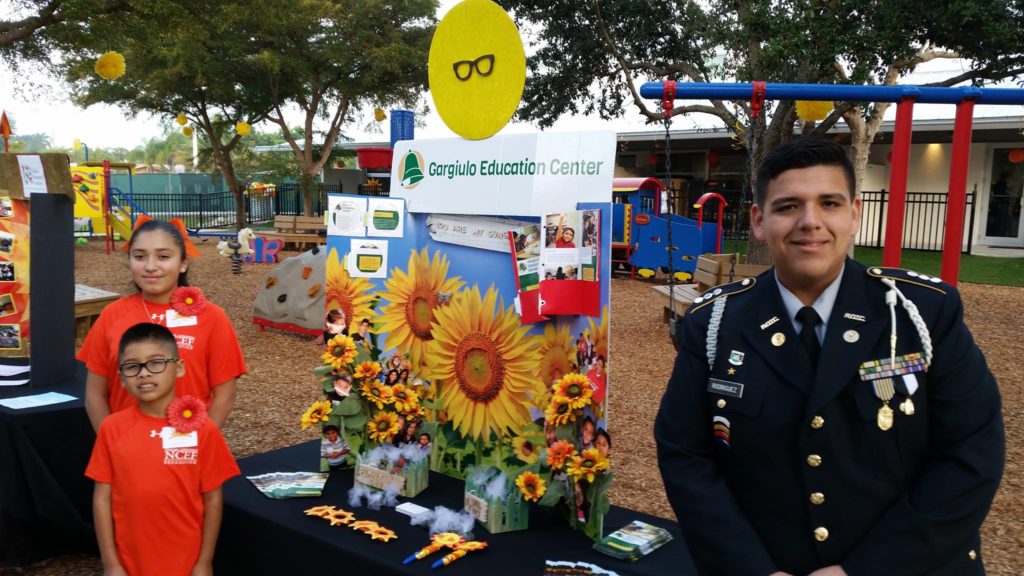 2017 Meet the Kids Day – Naples Children’s Education Foundation (NCEF) kicks off the annual Naples Wine Festival with a spectacular display of the good works and services provided by the 2016-17 recipients. Gargiulo Education Center was an invited recipient. The theme for the Annual Wine Festival was ‘Sunshiny Day’ with themes of sun, flowers, bright yellows, reds, and oranges throughout the campus of Grace Place.

Three of our students were chosen to represent GEC based on their positive attitudes and aptitudes demonstrating good citizenship, academic progress, and abilities to ‘wow’ the many donors who were able to meet the some of the children of all of the recipients. The GEC students were A.J. who is a student at Gulf Coast High School, Ashley Pimental who attends North Naples Middles School, and Larry Olmedo a 2nd grader from Naples Park Elementary. A.J. dressed in full uniform representing his R.O.T.C. squad from Gulf Coast High School. (see photos)

Special evening or weekend appointments are available upon contact with the Director at 239-596-1975. Translation services are available.